Alec Baldwin discharged a prop firearm on the set of a Western he was making in New Mexico on Thursday, killing the film’s director of photography and wounding the movie’s director, the authorities said.

The cinematographer, Halyna Hutchins, 42, was killed, and the director, Joel Souza, 48, was injured around 1:50 p.m. on the set of “Rust,”said Juan Rios, a spokesman for the Santa Fe County Sheriff’s Office. The circumstances of the shooting are under investigation.

Mr. Rios said the shooting at Bonanza Creek Ranch, in Santa Fe County, happened in the middle of a scene that was either being rehearsed or filmed. He said the sheriff’s office was interviewing people on the set to determine how the two had been shot.

“We’re trying to determine right now how and what type of projectile was used in the firearm,” he said. 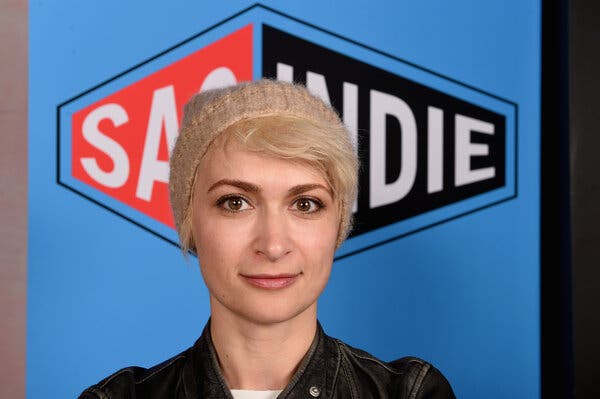 Halyna Hutchins was killed and the director Joel Souza was injured on set of the movie “Rust” in Santa Fe on Thursday.Credit…Fred Hayes/Getty Images For SAGIndie

Mr. Rios said on Thursday night that the Sheriff’s Office had not filed charges against anyone in connection with the shooting.

The film’s producers and a representative for Mr. Baldwin, 63, did not immediately respond to emails or phone calls on Thursday night.

In a statement, the movie’s production company, Rust Movie Productions LLC, said: “The entire cast and crew has been absolutely devastated by today’s tragedy, and we send our deepest condolences to Halyna’s family and loved ones. We have halted production on the film for an undetermined period of time and are fully cooperating with the Santa Fe Police Department’s investigation. We will be providing counseling services to everyone connected to the film as we work to process this awful event.”

On Thursday morning, Mr. Baldwin posted a photo on Instagram in his film costume, which included what appeared to be a prosthetic wound on his torso.

According to Ms. Hutchins’s website, she was originally from Ukraine and grew up on a Soviet military base in the Arctic Circle. She studied journalism in Ukraine and film in Los Angeles.

She called herself a “restless dreamer” and an “adrenaline junkie” on her Instagram profile. She posted multiple images this month from the set of “Rust,” including a video on Tuesday of her riding a horse on her day off.

“The details are unclear at this moment, but we are working to learn more, and we support a full investigation into this tragic event,” their statement said. “This is a terrible loss, and we mourn the passing of a member of our Guild’s family.”

The details of what happened on the “Rust” set remained unclear on Friday morning. Larry Zanoff, an armorer for films who worked on the set of “Django Unchained” and was not involved in “Rust,” said that in general, only blank ammunition — a cartridge case with no bullet — is sanctioned on a film set. Productions sometimes use prop guns, such as rubber guns or replica guns, but oftentimes they use actual firearms firing blanks, he said.

“The safety guidelines that we live by on television and movie sets prohibit the use of live ammunition on a set,” he said. A production will typically institute rules for keeping a safe distance from the muzzle of the gun, which is usually 20 feet, he added.

Santa Fe County sheriff’s deputies responding to the scene of a fatal shooting on a movie set at the Bonanza Creek Ranch in Santa Fe County, N.M., on Thursday.Credit…KOAT 7 News, via Associated Press

“Rust” is a movie about a 13-year-old boy who goes on the run with his estranged grandfather after the accidental killing of a local rancher, according to IMDb. The movie, which was set to be filmed this month and next month, is directed by Mr. Souza and stars Frances Fisher and Mr. Baldwin, who is also producing the film.

The shooting echoed an accident on a movie set in 1993 in which the actor Brandon Lee, Bruce Lee’s son, was shot and killed during a scene when a bullet that was lodged in the barrel of a gun was discharged along with a blank cartridge. “Our hearts go out to the family of Halyna Hutchins and to Joel Souza,” Brandon Lee’s sister Shannon Lee tweeted late Thursday.

In 1984, the actor Jon-Erik Hexum accidentally shot himself in the head and died when he was playing Russian roulette on set.

Mr. Baldwin, an Emmy Award-winning actor, has had a long career in movies, plays and television. In one of his best known roles, he played Jack Donaghy, an oblivious, domineering TV executive on the sitcom “30 Rock,” which ran on NBC from 2006 to 2013.

Mr. Baldwin also has a history of run-ins with the police.

In 2014, he was arrested after he rode his bicycle the wrong way on Fifth Avenue near 16th Street in Manhattan. Officers charged him with disorderly conduct after they said he became belligerent.

In 2019, Mr. Baldwin pleaded guilty to harassment in Manhattan Criminal Court and agreed to take an anger management course in a deal with prosecutors to dispose of charges that he had assaulted a man during a dispute over a parking spot.

News Centerhttps://dropdowndeals.com
Breaking news from around the world, plus business, drop down deals, politics, style, travel, sport and entertainment.
Previous article‘American Veteran’ Honors the Many Faces of the U.S. Soldier
Next articleChip crunch to hit Renault production more than forecast as semiconductor crisis deepens