Kyle Lowry Is Ready to Have His Say, On and Off the Court

MIAMI — For a long while, the scowl on Kyle Lowry’s face seemed permanently etched. He used that edginess to rise from meager beginnings in Philadelphia as he scraped for stability early in his N.B.A. career.

That determination blossomed in Toronto, where Lowry, 35, provided a foundational steadiness across nine seasons, six All-Star berths and a championship in 2019. But all that came only after he fought for court time and was traded from Memphis, which drafted him in 2006, and then Houston during his first six years in the league.

The stage is now set for Lowry to begin the final arc of his playing career with the Miami Heat, who hope that the addition of a veteran point guard with a championship pedigree will launch them back into contention for a title. The Heat journeyed all the way to the N.B.A. finals in the pandemic-paused 2019-20 season, but last season were quickly dispatched by the Milwaukee Bucks.

In the off-season, Lowry signed a three-year contract with Miami worth nearly $90 million, joining a retooled team intent on making Milwaukee’s tenure atop the Eastern Conference a brief stay. Lowry was a prized free-agent target after a midcareer span that made him synonymous with the Raptors.

“We all were mutually agreed that it was time,” Lowry said of leaving Toronto. “It’s hard to put it into words. It was just time. For me, I knew with Miami it was the right situation, right timing, right place, right people, right everything.”

His journey in Toronto started with questions — he was the team’s backup plan after a failed attempt at landing Steve Nash — crested with a championship and ended in a season no one could have anticipated. 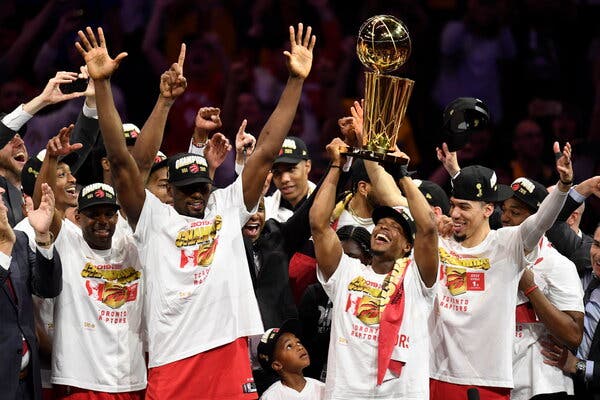 Lowry was criticized for poor shooting early in the 2019 finals against Golden State but responded with a clutch performance in the championship-clinching victory in Game 6.Credit…Frank Gunn/The Canadian Press, via Associated Press

The coronavirus pandemic forced the Raptors to relocate to Tampa, Fla., for their home games in 2020-21. Toronto righted itself after a shaky beginning, only for the season to unravel when Pascal Siakam, Fred VanVleet, OG Anunoby and others missed time because of virus protocols.

“The city of Tampa was great,” Lowry said. “It was just difficult because we didn’t know what to expect day by day. We were in fifth place, fourth place. We hit a Covid stretch and then it was over.”

Speculation swirled over whether the franchise would deal Lowry, who was on a one-year contract. The Heat, among other teams, made inquiries about acquiring him before the March trade deadline.

Lowry had pledged to his teammates before the season that he intended to help them compete for another championship. The team’s dismal record made such a foray unlikely, but Lowry wanted to stay true to his word in seeing the season through.

The adage of sports being a business is a truism. Every so often, the reality becomes murkier.

In 2018, the Raptors and Masai Ujiri, the team’s president, traded DeMar DeRozan, a franchise cornerstone who, along with Lowry, had brought respectability and competitiveness to the organization and was beloved in the city.

Toronto acquired Kawhi Leonard from the Spurs in the trade, immediately won a championship and frayed its relationship with DeRozan. It avoided a potential similar fracturing with Lowry.

“Sometimes franchises have to do what’s best for them, but I was in a position where I had say and I had a little bit, I wouldn’t say power — but I had a little bit of, ‘Listen, it’s not going to be a good look if we don’t collaborate on this together,’” Lowry said. “We all agreed that to be on the same page was the best thing to do, and that was that.

“With DeMar not having the autonomy of having a decision, I think it was just such a different circumstance. It prepared them to not do that to me.”

Lowry finished the season in Toronto and landed with the Heat, anyway. “It’s been really tough for us to see an incredible player like that go,” Ujiri said at a news conference in August. “We knew this was coming. The direction of our team was kind of going younger and Kyle still has these incredible goals.” 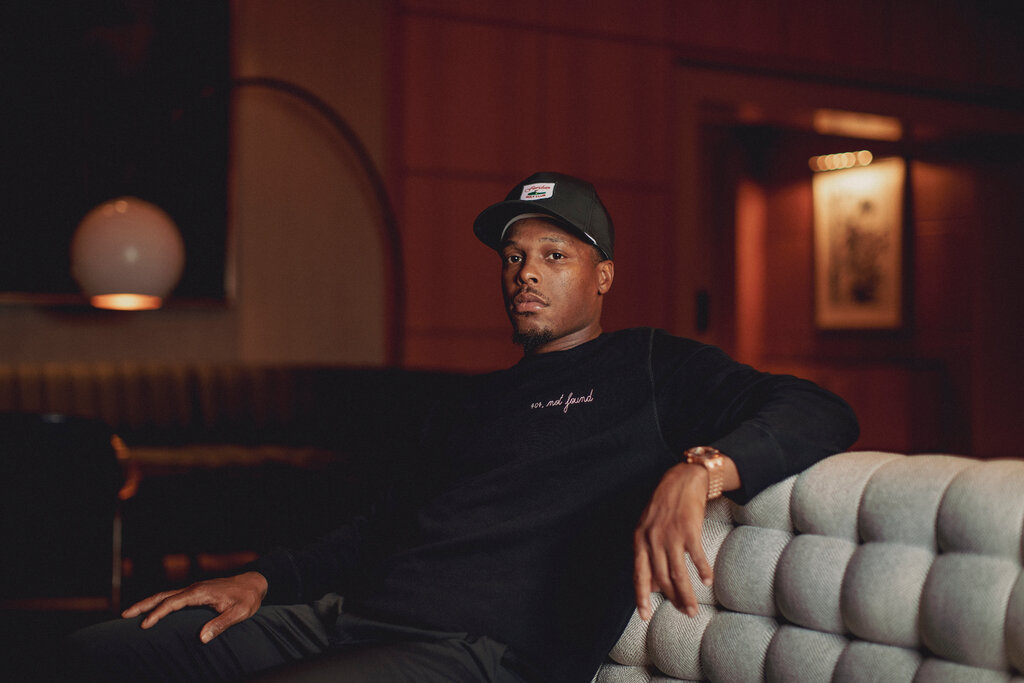 “It was just time. For me, I knew with Miami it was the right situation, right timing, right place, right people, right everything.”

Lowry is one of several point guards, including Chris Paul and Mike Conley, who are still flexing impactful games in their mid-30s, a quality Lowry attributes to better modern knowledge about dieting and training.

“I’ve never been super athletic,” Lowry said with a laugh. “I can dunk and all that, but I still play low to the ground. I’m not explosive. And I know how to not jump when I don’t need to be jumping.”

Lowry saw a role for himself with the Heat, a franchise eager for another championship. He had established a relationship with Miami Coach Erik Spoelstra while playing for him at an N.B.A. Africa exhibition in South Africa in 2017. Tampering investigations concerning Lowry’s sign-and-trade deal to the Heat, along with the one that allowed Lonzo Ball to join the Chicago Bulls, are ongoing, N.B.A. Commissioner Adam Silver told reporters this week.

DeRozan and Leonard are two of the game’s quieter personalities. Butler, though, is a force, both vocally and on the court. Lowry said Butler often communicates through strings of expletives.

“I partly think it’s to get him going, because he’s got to get himself going somehow some way, which is dope,” Lowry said, adding that “some people can’t take it” and think Butler’s a jerk.

“Nah, it’s just how he is,” Lowry said. “Everybody has different demands on themselves.”

Butler recently told reporters that the team was adjusting to how quickly Lowry got the ball upcourt.

“He’s always looking to pitch the ball ahead and get guys in the right spot,” Butler said. “It’s incredible. It’s a blessing, and sometimes it’s a curse because you’ve got to be in some really great shape if you’re out there in what we call the Kyle chaos.”

Lowry during a preseason game with the Heat.Credit…Lynne Sladky/Associated Press

One day, Lowry expects to retire as a Raptor. Until then, he expects his former teammates to grow into the roles he and DeRozan once occupied. Lowry, for example, faced criticism for missing shots during the first few games of the 2019 finals. He responded with 26 points, 10 assists and 7 rebounds in the Game 6 championship-clinching victory.

Lowry’s maturity has continued away from the court. He once fell into the financial trap of securing a loan before his first professional game.

“If I could do it again, I would’ve lived in North Philly with my mom and my grandma until I got an actual paycheck, because then you’re just paying money back,” Lowry said.

Among other pursuits, Lowry has made strides in venture capital and investments in real estate and private equity.

“I started to get outside of who I was, of being hard-nosed, and I started letting people in and introducing myself,” Lowry said. “My main source of income is basketball, but I have other interests and I have people around me that are doing very well. Why not have conversations and learn about things? Because when you do retire, you have to transition. Whenever that time comes, hopefully not for a long, long time, I’ll be making decisions on running the companies.”

The scowl is erased. The chip on the shoulder remains. The chase for Lowry, on and off the court, continues.

“You’re happy, but what’s next?” Lowry said. “How do you get another transition? How do you evolve? How do you continue to get better?”