A Tale of Redemptions 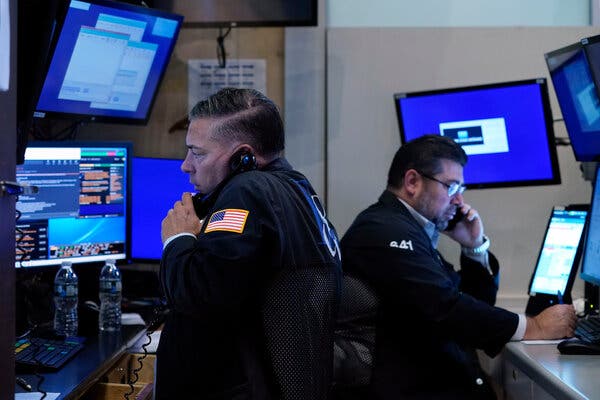 Some investors don’t like what they see in SPACs.Credit…Richard Drew/Associated Press

BuzzFeed is off to a rocky start on the road to becoming a public company. Shareholders yesterday voted on its deal with a special purpose acquisition company, or SPAC, as BuzzFeed News union employees staged a daylong strike over contract negotiations. The merger was approved, but the company said it raised only $16 million from the deal, far less than the over $250 million it had hoped for.

SPACs have a money-back guarantee: Because investors do not know what company a SPAC plans to acquire, they have the opportunity to redeem their shares at the I.P.O. price before a merger is official. When a SPAC’s shares trade below this price, as has been the case with BuzzFeed’s merger partner, these redemptions can be significant, leaving a company with less money than expected when it agreed to a deal. This highlights a major challenge for companies engaging in SPAC deals, making this popular route to market less attractive.

SPAC redemption rates have been around 50 percent this year, up from 20 percent last year, according to Dealogic. Companies that relied on this cash have responded to redemptions by adding debt financing to deals (BuzzFeed has a $150 million convertible note to fall back on) and by rewriting the terms of mergers.

But the biggest SPAC deal of all bucked the trend. Grab, the Singapore-based “super app,” began trading on Nasdaq yesterday after closing its roughly $40 billion SPAC merger with almost no redemptions. Shares of Altimeter, the SPAC buying Grab, have been trading above their I.P.O. price for months, and investors may also be heartened by a $4 billion private investment that accompanied the deal. Grab is also more established than many other companies that have recently gone public via a SPAC. Investors are “really starting to understand the benefits of a super-app business model that’s very distinct from what you see in the U.S.,” Grab’s president, Ming Maa, told DealBook.

But low redemptions don’t guarantee a smooth first day of trading. Grab’s stock closed down 21 percent yesterday, which may be partly because Grab structured its deal to allow most employees, aside from senior executives, to sell their shares. (Altimeter’s C.E.O., Brad Gerstner, has called employee share lockups “one of the most insidious things” about the traditional I.P.O. process.) There was also heavy interest from short-sellers in the stock.

Where do we go from here? The proliferation of SPACs, alongside a hot market for traditional I.P.O.s, made 2021 the first year since 1997 that the number of public companies has increased, according to Bank of America. This comes after years of worries that regulation made it too onerous to become a public company, leading start-ups to stay private for longer and depriving retail investors of the chance to buy into promising firms. SPACs have made it easier and faster for companies to go public, but recent trends might lead some to question whether it was worth it.

Didi quits the U.S. stock market just months after its huge I.P.O. The Chinese ride-hailing company, which went public in New York at a $69 billion valuation in June, said it would delist its U.S. shares and prepare for an offering in Hong Kong. The shift comes as Chinese officials rein in the country’s tech giants, with growing hostility toward companies that list shares abroad.

Washington averts another government shutdown. Both the House and the Senate voted to fund the government through mid-February. Some Republicans who threatened to block a funding bill in protest of President Biden’s vaccine mandate for private employers said they would try to undo the mandate in other ways.

Janet Yellen says inflation is no longer “transitory.” The Treasury secretary’s comments echo the sentiment of Jay Powell, the Fed chair, who said this week that rising prices, propelled by labor shortages and supply chain bottlenecks, were more than a short-term issue.

OPEC sticks to its plan. At a video conference, the group of oil-producing countries decided to continue gradually adding oil to the market, but signaled to jittery energy markets that they were ready to make “immediate adjustments” if needed.

And in coronavirus news … Experts say the U.S.’s imperfect detection system most likely missed the Omicron variant, which appears to be reinfecting some people who already had Covid. And as Germany imposes new restrictions on unvaccinated people and Google postpones its January return to office, the Biden administration, which favors boosters and testing over new lockdowns, told drug companies that regulators would act swiftly to approve vaccines and treatments targeted at the new variant.

The F.T.C. gets busy

The Federal Trade Commission yesterday sued to block the chip maker Nvidia’s $40 billion purchase of Arm, which licenses chip technology, casting doubts over what would be the biggest semiconductor industry deal in history. And that wasn’t the only agreement upended by the F.T.C. that day: Sportsman’s Warehouse and Great Outdoors, which owns Bass Pro Shops and Cabela’s, called off their retail merger after they said the commission hinted that it may not approve it.

Trustbusters are taking action. The Nvidia-Arm suit is the first major merger challenge that has been filed by the F.T.C. under Lina Khan, a prominent critic of corporate consolidation who was appointed chair by President Biden. The White House has asked regulatory agencies to look into past mergers in a number of industries to see if deals have restricted choice or increased prices. This week, the F.T.C. sought information from Amazon, Procter & Gamble, Walmart and other large companies to investigate whether supply chain issues and higher prices are “harming competition in the U.S. economy.”

Governments around the world are getting more involved in chip-making. The recent shortage of semiconductors has spurred many to try to increase local chip production instead of relying on manufacturers elsewhere. That has made the Nvidia-Arm deal, which was announced in September 2020, particularly sensitive — and it also faces scrutiny from European regulators. The F.T.C., in its suit, said the deal would “distort Arm’s incentives in chip markets and allow the combined firm to unfairly undermine Nvidia’s rivals.” This year, the F.T.C. also tried to stop a deal in which a company buys a supplier, and not a direct competitor, when it challenged Illumina’s acquisition of Grail in the life sciences industry.

“This level of violence has taken it to a whole new level. No one has seen this before.”

— Rachel Michelin, the president of the California Retailers Association, on the spate of “flash mob” robberies at stores, in which large groups of thieves rush into a store and overwhelm security measures. This has forced an industry already buffeted by coronavirus lockdowns and fights over masks to deal with a dangerous new problem.

What Omicron means for jobs

This morning, the government will publish the latest numbers on U.S. jobs, detailing how many positions employers added in November. Economists expect that the data will show a gain of more than half a million jobs in the month. But, as they say, the past is the past.

The survey week for the November report was the second week of the month, just before most people had heard about the Omicron variant of the coronavirus. As we learn more about the variant, workers who were already hesitant to return to in-person work situations may be more reluctant to do so. And employers, uncertain if Omicron will lead to new lockdowns, may put off filling open positions. This summer, the spread of the Delta variant stalled the job market recovery. If Omicron has a similar impact, here’s what it could mean for hiring in the next few months.

What Omicron means for workers: The bad news is that Delta caused hiring to drop steeply in August and September. The good news is that hiring bounced back sharply in October. The emergence of Omicron means that December and January could see hiring soften, with hospitality jobs at the greatest risk as scientists race to figure out how much of a threat the new variant poses. Hiring in that sector fell to around 70,000 new jobs in August from more than 400,000 the month before.

What Omicron means for wages: Wages typically track job growth, but that didn’t happen during a summer surge driven by the Delta variant. Instead average hourly wages rose despite a deceleration in hiring. That’s most likely because pandemic fears made it harder for employers who wanted to hire to do so. This trend could continue even if Omicron derails some hiring plans.

What Omicron means for employers: Bank of America’s top global economist, Ethan Harris, said Omicron will probably make it harder to find workers. “Even if Omicron turns out to be a mild variant,” he said, “it will still keep people out of the work force,” and that could make the supply chain problems many companies are struggling with even worse.

We’d like your feedback. Please email thoughts and suggestions to dealbook@nytimes.com.